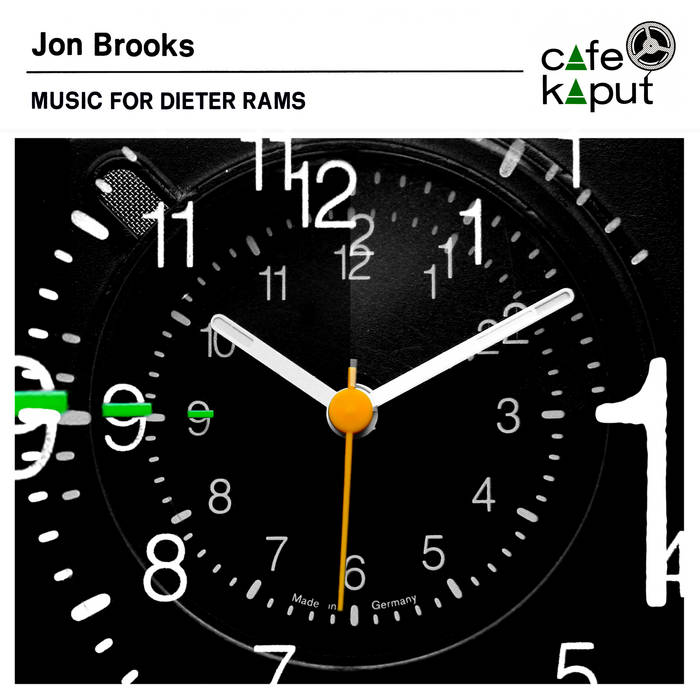 Private Diagonal The great English writer of ‘strange stories’, Robert Aickman, regarded intensity & a propensity for order as his most positive character traits, believing he’d inherited them from his German great-grandfather. Something of that German spirit’s found in the works of Dieter Rams and in those of his noted protégé, watch designer Dietrich Lubs, & also in this album.
Fans of Bauhaus - the architecture and design movement, rather than Peter Murphy’s portentous goth quartet - will find much to enjoy.

A mini-album. A study on limited resources. The space between a second. A dedication to one of the most important figures in modern domestic design - Dieter Rams. No more, no less. Less and More.

"Every sound on this record, from the melodic sounds to the percussion, the atmospheric effects to the bass lines originates from the Braun AB-30 alarm clock."

All tracks composed and realised by Jon Brooks. Art direction and design by Ian Hodgson.

Bandcamp Daily  your guide to the world of Bandcamp

Cannibal Corpse's George "Corpsegrinder" Fisher stops by for an interview